When Arthur Fletcher Osborne bought the premises of a bankrupt business and established Osborne and Co in 1928, the idea that the Company would still be family-run and growing strongly well into the 21st century might have seemed fantastic.

Since launch and through the pre-war years, the Company got a foothold in the property market through the development of semi-detached housing and a variety of contract work with Warrington Borough Council.

But the War brought this steady start to an abrupt halt as the majority of contracts were awarded to larger companies and Osborne and Co had to take on bomb shelter construction and a wide range of small jobs simply to survive.

Better times were to come in the 50s and 60s as the Company developed houses and bungalows on private plots and began to acquire small speculative land parcels – most notably, 8 acres in Bradshaw Lane, Warrington. During this period, Arthur Fletcher Osborne passed away and the responsibility for managing the business transferred to his son – also called Arthur.

With private housing now the major focus, the Company ceased contract work with the Council and continued to acquire land throughout the 70s and 80s. 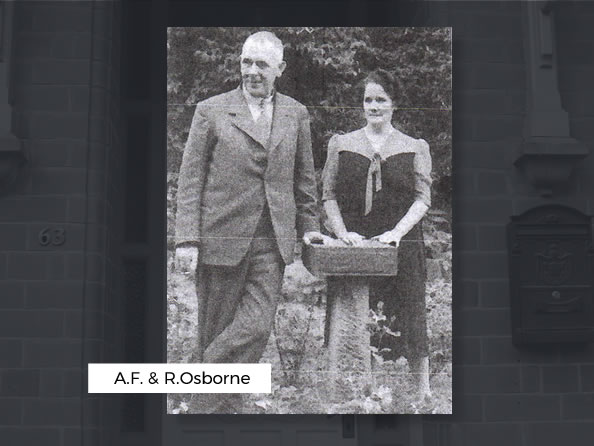 A significant move was the development of a chain of estate agencies by Arthur’s son Michael that were eventually sold in 1988.

On Arthur’s death in 1993, Michael took over the running of the business and, while continuing with housebuilding, made a committed move into commercial developments.

This proved to be a significant decision as, when the residential sector collapsed early in the new century, commercial projects became key to the company’s fortunes. During this period, a series of convenience stores were developed and let to Tesco, Spar, the Coop and Costcutters.

Today, land continues to be acquired to support a wide range of residential and commercial schemes with the residential focus now expanded to include barn conversions.